Hypothyroidism and a low resistance to colds and flu- natural remedies 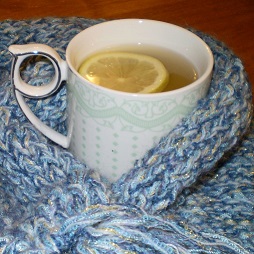 This blog will only discuss scientific research on natural remedies which may help to fight off a respiratory infection during the flu season. The flu and the common cold are caused by different viruses with flu being generally more severe than a cold and harder to overcome.

My experience with sub-optimal thyroid hormonal replacement made me aware that my risk of getting common colds and flu increases when I was hypothyroid. In fact, I used to have a constant cold during winter which lasted for months when I was hypothyroid. The flu was also more severe and hard to overcome. Number one resistance from colds and flu in thyroid patients is to have optimal levels of thyroid hormones (TSH, T4 and T3) in my opinion. This is important as sub-optimal hormonal replacement affects all body systems negatively, including the immune and digestive systems.

Nutritional deficiencies are common with hypothyroidism which affect cause a lowered resistance to viruses. Common deficiency with thyroid autoimmunity are iron, B vitamins and vitamin C, D and vitamin A with hypothyroidism. It is also important to have adequate vitamin D levels. Vitamin D is a steroid hormone that balances the immune system obtained from the sun, therefore a reasonable sun exposure is beneficial. I personally supplement with vitamin D during winter months to have optimal levels. It is common do have low levels of vitamin D with thyroid autoimmunity.

The winter season is approaching in the southern hemisphere and so too here in Australia. However I feel that the warmer months are the time to boost the immune system. Vitamin D from the sun, fresh seasonal fruits and vegetables, swimming in the ocean, outdoor walks, relaxing summer holiday, all these enjoyable things leave healthy deposits in our body so that we are stronger during the colder months and are more able to fight off colds and flu virus faster. We need strong adrenals to overcome winter illnesses. Certainly when we are stressed, our immune system is not strong enough to be effective in fighting viruses. When we are hypothyroid we are severely weakened, we have lowered immunity and other hormonal imbalances. Therefore resistance to flu viruses involves a whole body approach.

Viruses are tiny (much smaller than bacteria) and they only replicate inside of a host cell. They can attach and then invade a human cell. Viruses are like tiny protein robots which carry genetic material that instructs the host cell to make more viruses, destroying the host cell in the process. Respiratory viruses like the Influenza virus are spread by coughing and sneezing. They can be breathed in but viruses can survive on surfaces for up to 24 hours so touching a contaminated surface and then touching your nose, mouth or face can cause an infection. Really, our immune system is our best defense against a viral infection.

Viruses can be ‘killed’ by heat (75-100 degrees C) and by some cleaners, detergents, soaps or hand gels. Hand gels and sanitizes are mainly antibacterial but also work for viruses given sufficient time of contact so it is good idea to rub the gel until hands feel dry.

Viruses are not really killed as they are not alive to start with but their protein and genetic material becomes damaged so they become are unable to invade a host cell. Antibiotics work only on bacteria and do not work on viruses and there are limited antiviral medications. Antibiotics are given for secondary bacterial infections as  mucous membranes damaged by viruses are easily invaded by opportunistic bacteria.

Here I would like talk about some of the current research into natural remedies for overcoming colds/flu much easier.

It is beneficial to have lots of colorful vegetables in a diet, mainly because they can alkalize body cells which then become are more resistant to invasion by viruses. Anthocyanins (a type of flavonoid) is a group of compounds with amazing antioxidant effects. A scientific study (3) has discovered that certain gut bacteria called Clostridium orbiscindens, degrades flavonoids to produce a metabolite called desaminotyrosine which boosts the immune system and prevents influenza-related lung damage in the mice.

Colostrum may also be an effective supplement for flu prevention. Italian researches have stated in their study (20) on Colostrum: “Colostrum, both in healthy subjects and high-risk cardiovascular patients, is at least 3 times more effective than vaccination to prevent flu and is very cost-effective.”

We all know benefits of garlic for combating colds. A study (21) of one hundred forty-six volunteers investigated allicin containing garlic supplement for flue prevention. It has  concluded that: “An allicin-containing supplement can prevent attack by the common cold virus.”

Raw apple cider vinegar is believed to be great for the immune system as it improves the balance of gut bacteria. It also stimulates absorption of nutrients from food.

A prominent physician in 1925 has made an observation that Bicarbonate of Soda had some protective effects on fighting influenza while working for U. S. Public Health Service during 1918- 1919 flu epidemic. Some people believe that small amount of baking soda in water can help to resolve colds, taken on onset by alkalizing the body. I have not tried this myself and have not found any current research in support of this remedy but for those interested, there are a number of interesting websites which discuss it, I include some (15, 16 and 17).

A great alkalizing fruits are lemons, even though they taste acidic, they change in the body to alkalizing substances.

People with autoimmunity need more antioxidants in their diet. One amazing vegetable with incredible amount of anthocyanins is red cabbage. It is a worthwhile vegetable to include in your diet in winter. Fruits such as blueberries also contain lots of anthocyanins and if you can have these in winter months, it might be beneficial. Fermented foods and probiotics might also help.

Adrenal support might be important especially if you are stressed or overworked. Good sleep is important for the immune system. Adrenal glands need lots of vitamin C and B to function well. Adequate levels of zinc and magnesium are also important. Zinc tablets and lozenges are beneficial for sore throats. Epsom salt baths or rubbing with magnesium gels may be beneficial to increase magnesium levels as it gets absorbed through skin. Very warm Epsom salt feet soak is wonderful when you have a chill. It is beneficial to keep your feet warm. Last winter I found that if I had a teaspoon of vitamin C powder 3 times a day in some water, it helped with my cold and muscular aches.

Everybody has their own cold remedies passed through generations. The goal is to get over a virus as soon as possible without getting a secondary infection which would require antibiotics. Having an appropriate rest is important.

A study has found that some essential oils attenuate influenza virus infections. These oils are: wild orange peel, clove, cinnamon, eucalyptus, thyme and rosemary. A scientific study (5) has shown that several oil blends such as On Guard™ have antiviral activities.

Few drops of these oils may be added to some vodka in a small spray bottle and used to spray in the house. The oils may be used in diffuses or vaporizers.

Good old chicken soup or bone broths provide many glutathione building nutrients. Glutathione molecule is important for the immune system to function well. Most of us know the benefits of garlic, black elderberry, cinnamon, ginger, raw honey in fighting of colds. A hot toast with butter, honey and sprinkled with cinnamon is soothing as well as garlic and butter toast. My friends swears by a smoothie containing lemon juice, ginger, garlic and parsley. Some people like the benefits of Echinacea extract. It was found to stop the virus binding to cells in an in vitro study (6). However some people with ragweed or pollen allergy might be allergic to Echinacea as their molecules are similar. Ragweed or pollen allergy are quite common in people with thyroid autoimmunity. Lots of warm drinks with lemon, ginger and honey helps to soothe a sore throat. Green, black and liquorice teas have some antiviral activity. Polyphenols in black tea called theaflavins have antiviral activities (7). Coffee components (such as caffeic acid and natural flavonoids) have also been shown to have anti influenza virus activities. Resveratrol in grapes is also known for antiviral properties. Guava leaf tea was shown to have a stronger anti-virus activity than green tea in a study, probably due to the presence of flavonoids (8). Olive leaf extract has also shown to have anti influenza effects (11). Gurgling a sore throat with olive leaf tea may bring some relief. Hibiscus tea may help as it is rich in vitamin C.

A study (1) on mice has shown that extract from leaves of wild black currants (500 micrograms) given to mice through nose stopped the replication of the human influenza A virus in lungs by 85% when compared to other mice. The extract was also effective in cell cultures infected with influenza virus. The scientist believe that this extract may also be beneficial to humans. The leaves are rich in phenolic compounds in particular flavonoids and tannins which are believed to be responsible for the antiviral effects.

Cistus incanus tea may also be beneficial for influenza. A scientific study (2) has shown that Cistus inacus extract has anti influenza virus activity in cell cultures study blocking the virus entry into the cells.

Andrographis paniculata (King of bitters) study (18) has shown Kan Jang tablets containing this herb had a preventive effect against common colds during the winter period.  Astragalus root is also known for the anti-viral and immune boosting properties.

Let’s not forget about iodine, a potent killer of viruses. Iodine is used to make a thyroid hormones in the thyroid gland. Some people with hypothyroidism may be iodine deficient. Iodine should be used carefully by people with Grave’s disease as it may aggravate the symptoms in some cases.

Aerosol sprays with iodine can kill viruses, iodine gargling preparation from your local chemist may also be effective. Scientists, Burnet and Stone had experimented with iodine and influenza viruses on mice in Melbourne laboratories in 1945 and had found out that putting iodine on mice snouts prevented the mice from being infected with live influenza virus from 10 min exposure in high concentration virus mists.

I always make sure that I have my own herbal remedies for winter (recipe below) for winter coughs and colds. This tea is helpful for coughs, irritated throat and it makes sleeping easier.

Soothing tea for colds and coughs:

Please note: this blog is for educational purposes only, please speak to your doctor first before using natural remedies mentioned here.